2.8 from 581 votes
Jump to recipe Jump to video
Added to Favorites Removed from Favorites

A Screwdriver tastes like a mixture of orange juice and vodka. This recipe has become very popular over the years and is often served as an alternative for Mimosas at brunch or anytime you feel like enjoying a nice fruity cocktail.

As with most cocktails, there’s a million different versions to the Screwdriver’s history. Supposedly, American oil workers would mix a splash of vodka with their orange juice so their bosses wouldn’t notice they were drinking. In the absence of a spoon, they would mix it around with a screwdriver! Another story is that it was first popularized by American aviators.

How do you make a Screwdriver?

The Screwdriver is probably one of the easiest mixed drinks you can make at home. It’s literally just ice, orange juice and vodka, which is why the quality of those ingredients is of the utmost importance here.

When it comes to the orange juice, the store-bought stuff won’t cut it. See where we’re going with this? That’s right folks, to make the perfect screwdriver, you’re gonna need to make your own orange juice. So let’s get into it and Squeeze. Them. Oranges!

How do you make the World's Best Screwdriver? Let it breathe. Okay this is what you all came here for, the secret to the world’s best Screwdriver is you need to aerate the juice!

When you shake a drink, you’re not only mixing the ingredients and cooling them with ice. On a microscopic level, you’re actually whipping tiny air bubbles into the drink, which changes the mouthfeel of the beverage and intensifies the flavors. However, a shaker isn’t nearly powerful enough to get the results we’re after. Instead, we’re gonna aerate our orange juice using a centrifuge juicer or a blender! Wanna see what it looks like in action? Watch this video! 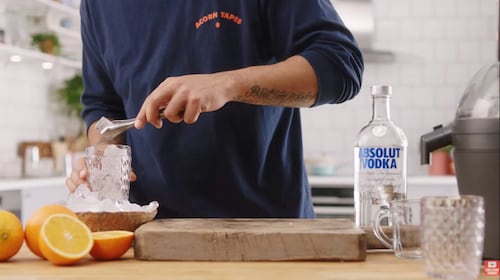 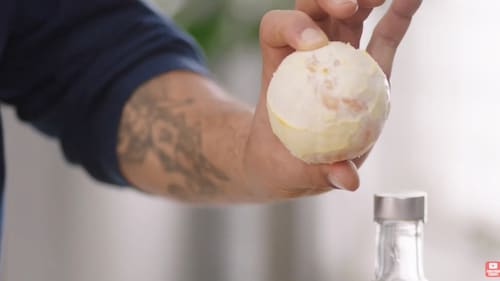 3. Squeeze one to two fresh Oranges. 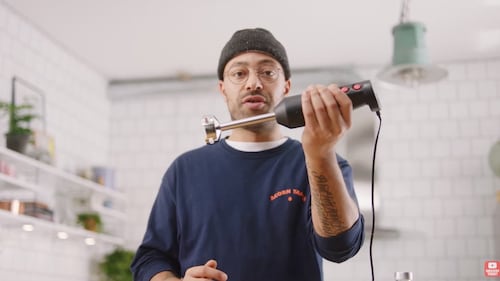 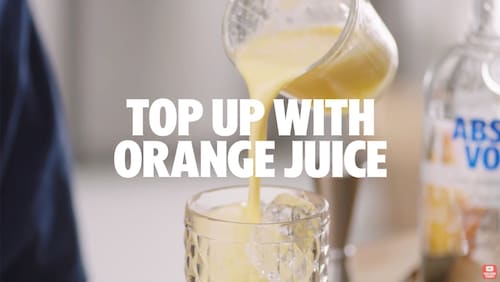 5. Top off glass with Orange Juice. 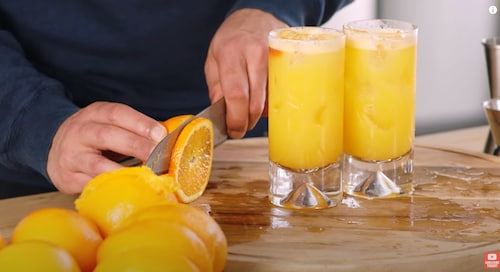 6. Garnish your glass with an Orange slice and serve.

Harvey Wallbanger
So, did you make yourself that fluffy Screwdriver yet? Congrats! Now you’re just one simple step away from having a swell Harvey Wallbanger in your hands! Here’s how to make it happen!

Greyhound
Like the aerated citrus fruit juice technique? Here’s what you need to fluff up next.

Sex On The Beach
The Sex On The Beach is one of those classics that never seem to go out of style. Why? It’s pretty, it’s delicious and it’s damn easy to make (especially if you’ve already got fresh OJ and Vodka at home).

Thanks for rating Screwdriver!

Thanks for signing up!

Keep an eye on your inbox for updates from Absolut.